And so, after a three year war on teachers, it has finally come to this: Chris Christie's administration - through his Commissioner of Education, Chris Cerf - has released their proposed changes to New Jersey's administrative code, rewriting the rules for teacher evaluation throughout the state.

I've now had some time to review these proposals. My assessment? 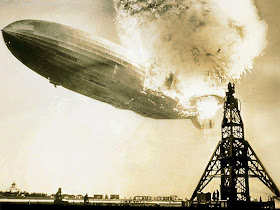 Folks, it's going to take a series of posts over several days to fully unpack how spectacularly bad this proposal is. The failure of policy here is so vast, so varied, and so destructive that a single post just can't do justice to a fiasco of this magnitude.

But allow me, as an introduction, to outline the fundamental problems with this nightmare of hubris and ignorance:

- The proposed evaluation system relies on Student Growth Percentiles (SGPs), based on standardized tests, to evaluate teachers. Yet the very man who is the "inventor" of SGPs has said that they cannot be used to determine a teacher's effect on student learning!

In other words - and it seems incredible to say this, but it is absolutely true - the NJ Department of Education is proposing that our state's teachers be evaluated with a tool that can't be used to determine a teacher's effectiveness!

This alone ought to be enough to throw the entire proposal in the trash heap. But it gets much, much worse:

- The Cerf proposals call for using teacher observation protocols for between 50% and 85% of a teacher's summative evaluation. Yet the NJDOE has previously demonstrated an ignorance of basic mathematics that will lead to a phony level of precision in the use of observations to evaluate teachers.

If observation rubrics are used in the way Christie's Educator Effectiveness Task Force has proposed, they will distort teacher ratings through a misunderstanding of mathematics so egregious that we wouldn't tolerate it in middle school students. The ignorance that fuels this misunderstanding is breathtaking.

- Because teacher observations can only rate teachers at four levels, the SGPs will take on an outsized role in high-stakes personnel decisions. In other words: the SGPs will only be part of the evaluation, but they will become all of the decision.

Cerf and the rest of the NJDOE will almost certainly protest that the tests will only make up part of the summative evaluation, so worrying about their influence is unwarranted. If they choose to make this case, it will be a display of stunning ignorance or willing mendacity.

The truth is that two teachers can easily be placed into one of only four levels based on their observations; that level will encompass a wide variety of teaching "effectiveness." At that point, the only difference between them will be their students' test scores. Again: some of the evaluation, but all of the decision.

- The basic unfairness of this system is evident in how selectively it will be applied: only certain teachers in certain subjects will be at the mercy of their SGP rating. And it will be nearly impossible to disentangle the effects of individual teachers in team teaching situations.

But this problem is even more insidious...

- The "penalty" of being evaluated by SGPs will be visited far more on women who teach than on men.  I know some of you will role your eyes at the very idea, but the sad facts are undeniable.

- High-stakes decisions will now be made based on the NJASK, which has never been properly vetted. Remember the inappropriate 3rd grade question about "secrets" last year? What other problems with the NJASK haven't been uncovered? What do we really know about its construction and grading? How will the NJDOE justify keeping the test under wraps when teachers lose their jobs due to test scores?

- State Senator Teresa Ruiz, author of the TEACHNJ Act on which these proposals are predicated, said she wanted to empower principals. Yet these proposals will do EXACTLY the opposite: principals will be forced to act even when they would rather not.

- Finally - and most disturbingly - our great New Jersey schools are set to become testing factories. Our children, who already have enormous strains placed on them, will now spend countless hours taking standardized tests, simply to satisfy a political agenda that makes teachers the scapegoats for all of society's ills.


My fellow teachers and fellow parents, I'm going to engage in some hyperbole to make a point:

New Jersey's history is studded with horrible disasters. On May 6, 1937, the Hindenberg caught fire and crashed in Lakehurst. Looking back, it seems inevitable that there would be a spectacular failure of an airship like the Hindenberg at some point: the ship was full of highly flammable hydrogen gas, so it was simply a matter of time before a tragedy occurred.

I am here to tell you that the proposals that Christie, Cerf, and the NJDOE have put before the State Board of Education are an inevitable disaster. This entire evaluation overhaul was ill-conceived from the very start: the people on the Task Force who did the initial work were never up to the job, and educators were disenfranchised simply so Christie could make a political point against the NJEA.

Unless there is an outcry from parents and teachers, these proposals will be adopted, and New Jersey will be saddled with an untested, poorly researched, badly designed evaluation system. Keep reading over the next several days for more details on why this is such a disaster, and what we must do to stop it.