Another Day; Another Reformy Smear!

Good morning, America! So, what are you going to do today for our nation's children?

Me, I'll be destroying American society by indoctrinating the tykes in socialist rhetoric from my cushy, union-protected, ultra-high-paid job-for-life as a public school teacher!

But maybe you'll spend your day nobly saving the kids from lazy and evil teachers like me! You'll be promoting excellence and accountability by suing protectors of the status quo for talking to their town councilperson...

or lurking around a protector of the status quo's parking lot with a camera...

or taping a protector of the status quo without her knowledge, but with the approval of a powerful governor...

or trying - and miserably failing - to entrap a protector of the status quo by lying to him about who you are...

or repeatedly using quotes presented with no context to make people think a protector of the status quo has said something outrageous...

or following a protector of the status quo around with a recorder and then feeding her words to the press for a hit piece...

or mocking a protector of the status quo and his mother for speaking out on behalf of teachers...

or implying a protector of the status quo called her critics Nazis when she clearly didn't...

So many choices - and every one is "for the kids"! Of course, you could always just totally make some stuff up about protectors of the status quo:


Based on my email inbox and my phone messages, a person might think the only thing going on in New Mexico this week is [ACTING New Mexico Education Secretary] Hanna Skandera’s confirmation hearing. I even heard someone talking about it at Weck’s this weekend.

For now, the hearing has been recessed until later this week. But in the meantime, Skandera’s dad is weighing in. And although he is very kind and professional, I’m not sure he liked my blog post from Friday about the disconnect between policy types and practitioners. Here’s what Mr. Harry Skandera had to say:
“The teachers present who testified against confirmation all received gift cards to be in attendance.  The citizens and former teachers who came and testified for confirmation did so without reward and substantially outnumbered those who had to be “gifted” in order to attend and testify.   Teachers and teachers’ union members who sit on the Education councils of the House and Senate and on the Senate Rules Committee seem to be proud and happy to be ranked 49th  in educational rankings among US states.  One would reasonably expect with a  49th  ranking credentialed, educated, dedicated, teachers would be open-minded enough to embrace change, for the sake of the kids, if not for their own reputations.  It is sad that the union leaders and politicians who continue to power play with another generation’s future remain in places where there arrogance serves no positive purpose.  They bring shame upon their legacy and dishonor the hopes of the people they are supposed to represent.
Thank you for  your blog.”
I think it’s pretty cool that Mr. Skandera is weighing in on his daughter’s behalf. But I do want to gently correct a misperception that seems to have spread far and wide: Teachers were not given gift cards to testify in Santa Fe. Some folks seem to have gotten this idea from an email that was sent out to AFT/ATF members, which asked them to volunteer at the union phone bank. Those who volunteered at the phone bank were entered in a weekly drawing for a gift card. ATF President Ellen Bernstein clarified that teachers who went to Santa Fe to testify were not compensated in any way, and paid for their own food and gas. [emphasis mine]

Well, that's just ridiculous. Everyone knows that if you want to win gift cards, you need to post reformy comments on websites and then let Michelle Rhee's StudentsFirst know about your work...

I've said before that I would enjoy nothing more than having a civil, fact-based discussion about the American public education system. When the folks who perpetuate the offenses above back off, perhaps we can have one. Until then, don't pour buckets of slime on our heads and expect us to keep on smiling. 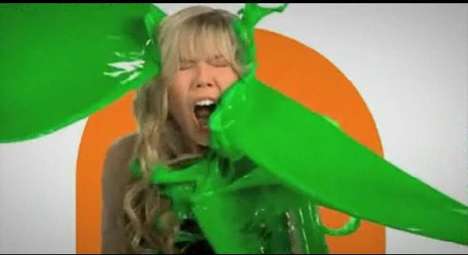 Reformies, please welcome the union's "Teacher of the Year"!