A Vested Interest In Selling Our Kids As Failures

Some people just can't deal with the idea that our kids may not be failures:


Yes, America has the strongest military and the biggest economy by far. We remain the most innovative people on Earth, measured by the number of new patents, and our strong position in cutting-edge industries, from computers and genetic engineering to popular movies and music. More than any nation, we peacefully blend a huge range of ethnicities and religions in a tolerant democracy.
But we are slipping. Our high school students rank 17th in the world in science and 25th in math, while the gap between rich and poor students is among the widest in the world. Median household income has been dropping for more than a decade. Our infrastructure is crumbling and now ranks 16th in the world, according to ratings of the World Economic Forum. [emphasis mine]

First of all: if we're the most innovative people on the planet, and our test scores are so low, doesn't that say the tests are at bad judging our intellectual capital? As a nation, the United States has astonishing success in real-world measurements of innovation:

Historically, from 1901 through 2012, 555 awards have been granted to 863 people, of which 246 are US nationals. From a total of 620 university-related laureates 321 are affiliated to US universities. And if one looks at the top ten universities with Nobel laureates nine of them are American.
China, whose Shanghai province and the Special Administrative Region of Hong Kong, obtained outstanding results in PISA 2009, has a total of 10 Nobel winners in history. Finland, South Korea and Singapore, the top countries in basic and high school education, have earned three, one and zero Nobel Prizes.

So it's not like scoring high on international tests guarantees success in scientific achievement. But let's look at those oft-repeated figures: "17th in science and 25th in math." Is it true? Do we really suck so badly?

Not according to the latest results:

American students' average scores on the Third International Mathematics and Science Study (TIMSS) in math were above the international average in both fourth and eighth grade, the findings show.
Among the 45 countries that participated in fourth grade, the average U.S. math score was among the top eight. In eighth grade, the USA was among the top 11 of 38 countries.
In reading, U.S. students scored 56 points higher than the international average, putting them in the top 13 on the Progress in International Reading Literacy Study (PIRLS). Only five nations or education systems had higher average scores -- and one of those was Florida, which asked that its scores be compared with those of other nations.
[...]
Also hidden in the data: Finland, long considered to have one of the best education systems in the world, is slipping in math, at least in these results. Finland doesn't generally participate in TIMSS, but last year, for the first time since 1999, it took part. Today's results show that Finland's eighth-graders have dropped 6 points from 520 to 514 since 1999. Meanwhile, U.S. scores have risen from 502 to 509, making the two nations statistically even.

If you think it matters that Finland's eighth-graders dropped 6 points in math, I'd like to discuss with you how you can make hundreds of thousands of dollars in your spare time from the comfort of your own home...

Bob Somerby, who has been on this for a long time, points out the cloud of doom that the nation's media loves to conjure up over the heads of our public school students. The Star-Ledger is but one example of an outlet that revels in saying how much our kids suck: they're willing to ignore the latest results that say otherwise just to wallow in misery.

The frustrating thing is that the S-L editorial page is very good when it comes to pointing out income inequity. What they refuse to see is that, when adjusting for socio-economic status, the US actually does very well on international tests: Stephen Krashen pointed this out recently. Last year, I did a series of posts on how American kids are penalized more for being lower on the socio-economic ladder than kids in other countries.

So the S-L is correct in pointing out the penalty paid for being poor in America. But they refuse to give credit where it's due: in spite of our economic challenges, our students are doing quite well when compared to the rest of the world. This would suggest, if we dare to open ourselves to the possibility, that our problems do not lie at the feet of our public school system. Maybe the best thing we can do to help kids raise their educational outcomes is to raise their standard of living.

Unfortunately, the Star-Ledger - like many in the media - has shown time and again they are not interested in exploring this idea. They almost seem to have a vested interest in selling the meme that our kids are failures, no matter their economic status, all evidence to the contrary.

Why is that, I wonder? 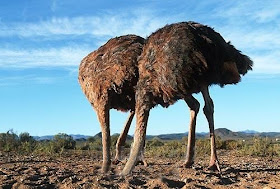