The state also said New York City students in third through 12th grades should have a say in their teachers' ratings. Starting in the 2014-15 school year, student surveys will count for 5% of a teachers' grade in New York City, the state said. Only one other school district in New York state, Syracuse, is currently using student surveys. The UFT opposes them. [emphasis mine]

Sources at NYSED have leaked the trial runs of the new student surveys for New York City's third grade teachers (click to see the full image): 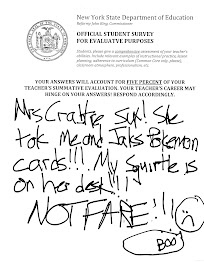 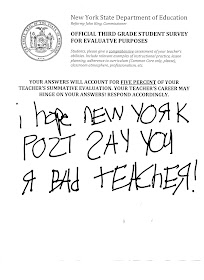 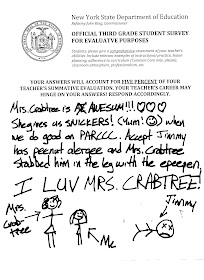 I believe this next one refers to an incident with NY Regents Chancellor Merryl Tisch: 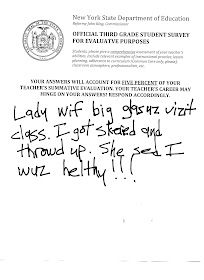 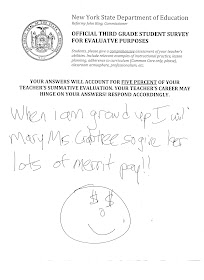 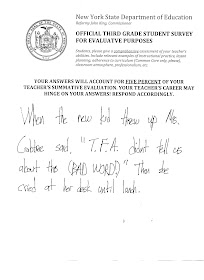 You know, why should I have all the fun? Here's a blank; get to it. 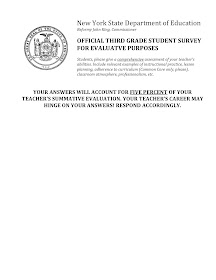 ADDING: Um, you know these are made up, right?