Once Again: There Are No Miracle Charter Schools

It’s not a stretch to say that charter schools are some of the biggest winners in this year’s high school rankings list. Even though charters educate just five percent of American students, they represent 30 percent of the top ten schools in this year’s rankings. What’s more—and this is really the kicker—they’re the only ones in the top ten that do not use selective admissions. That is, BASIS Scottsdale, BASIS Oro Valley, and Signature School are the only schools in the top ten who don’t choose their students. They’re open-enrollment schools: anyone can come, and if there are too many applicants for the available seats, they determine the student body by lottery. Nonetheless, they’re still competitive with the hyper-selective private and magnet schools rounding out the rest of the top ten.
What’s going on? What makes charter schools different—and how does it contribute to their success? I taught at a charter school in Brooklyn some years ago, and my principal would frequently call out three types of flexibility that made our school successful: 1) hiring (and firing), 2) schedule, 3) and curricula. That’s about it.

This is an accompanying piece to the The Daily Beast's truly awful "America's Best High Schools 2014," an exercise in "journalism" that substitutes ranking things for reporting on them. The methodology, like most methodologies for these sorts of things, is absurd:


The Daily Beast reached out to the nation’s best high schools to find out which were turning out the top students. To come up with our initial pool, we consulted 2012/2013 data from the Department of Education and contacted public schools with above-average graduation rates of at least 85 percent. Around 1,200 public schools completed our survey, then we crunched the numbers further, comparing schools by graduation and college acceptance rates, as well as their academic rigor using AP, IB, and AICE classes and test scores, and finally, student performance on college admission exams, another indicator of a school’s preparation. [emphasis mine]

According to the National Center for Education Statistics, there were 24,544 secondary public schools in the United States as of 2011, and another 6,137 combined elementary/secondary schools. This survey got responses from around four percent of those schools. On this basis alone, The Daily Beasts's rankings aren't worth the hard drive space they're stored on.

But we'll set that aside as we usually do and address Conor P. Williams's contention that "BASIS Scottsdale, BASIS Oro Valley, and Signature School are the only schools in the top ten who don’t choose their students." Is it true?

U.S. News & World Report loves to rank everything. It sells.
Their most recent ranking of high schools shows two Arizona charter schools in the top ten in the nation: BASIS Tucson (#2) and BASIS Scottsdale (#5). As always, the back story is more interesting than the numbers.
The BASIS charter schools – about a dozen of them, mostly in Arizona but a couple outside, like in San Antonio – are the brainchild of Michael and Olga Block. Michael is a former free-market economist from the University of Arizona. BASIS schools have made their reputation by ruthless screening of all applicants to insure that no special needs or English language learners make the cut and repeated testing until the wheat is separated from the chaff. BASIS Tucson advertises itself thus: "BASIS Tucson uses an accelerated curriculum that includes Advanced Placement courses in subjects ranging from calculus to music theory."
The great irony with BASIS Scottsdale is that the Blocks first chose to create it as a private schools with tuition in the $20,000 a year range, but when only 7 students had signed up they quickly converted to a charter school to collect the guaranteed $6,000 a year from the state – quite a failure out there in the free market. As a charter school, BASIS Scottsdale has attracted a student body that is 40% Asian.
And now U.S. News & World Report crowns BASIS Tucson & BASIS Scottsdale in the top 5 high schools in the nation. One need not dig deeply to discover that the recent graduating class of Basis Tucson & BASIS Scottsdale COMBINED is 44 students! I'm not kidding, 23 and 21 students, respectively. [p.s. I rarely resort to typography in search of emphasis, but extraordinary stupidity calls for extraordinary measures.]

Glass has looked at BASIS several times, and the answer is always the same: these "winners" serve small student populations, and they have high levels of cohort attrition. In this, they are not alone: as a guest poster at Diane Ravitch's blog recent pointed out, cohort attrition is a phenomenon that defines "successful" charters in New York, Chicago, Denver, New Jersey, Texas, Tennessee, San Francisco, and, yes, Arizona, home base of the BASIS chain.

And - surprise! - it turns out Indiana's Signature School is also hip to the game.

From the IDOE data portal, Compass. Look at the Class of '14: started with 115 in Grade 9, ended with 77 in Grade 12, which means about one-third of the students transferred out. Things are only a bit better for the class of '13, and it looks like the Class of '15 will follow suit. Yet the school keeps claiming a 100% graduation rate.

And as for not using "selective admissions":

Compared to the surrounding public schools of Evansville, Indiana, Signature only serves a small number of children who are in economic disadvantage. And the racial profile of its student body is quite different from most of the other surrounding high schools.

As always, here's my standard caveat when discussing these schools: in the absence of any other evidence, I am happy to concede that Signature, BASIS, and any other charter school serves its particular students who remain enrolled in the schools well. It is possible that there are personnel, scheduling, and curriculum innovations that contribute to the "success" of these schools. And, of course, the students and staff should be proud of their accomplishments.

But Williams's charter cheerleading here is, at best, incomplete. And The Daily Beast really should step up its game if it wants to be considered a serious news organization (quite an assumption on my part, I know). Even if this is an op-ed piece, you shouldn't allow work this sloppy on your website: at the very least, Williams ought to have been made to acknowledge the very basic and easily verifiable facts Glass and I have outlined.

But this has become standard operating procedure in Reformyland: unabashed love for the "market" trumps any worries about pesky, uncooperative data. Of course, I'm so old, I remember when "liberals" used to make fun of the wing-nut right for their faith-based policy initiatives.

I guess all parts of the political spectrum are now in denial when it comes to education. How grand... 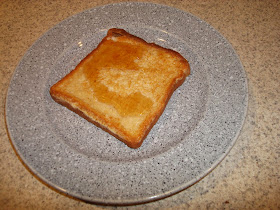 If you look very carefully, you can see Eva Moskowitz's face...